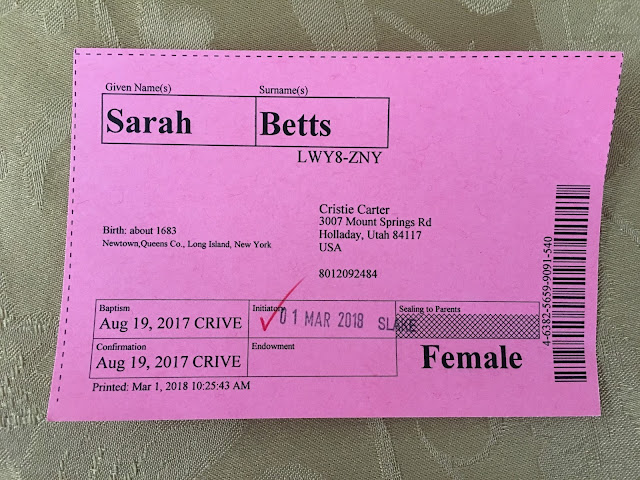 and
today is my mother's birthday
was she there celebrating
with you?

washing, anointing, clothing
those sacred promises just for you

On November 1, 1683, Queens officially became a county and emerged for the first time as a geographical entity. It was named in honor of Queen Catherine of Braganza, wife of King Charles II. The county consisted of the areas that are now Queens and Nassau counties. Each county was divided into towns. In Queens county, there were five towns: Newtown, Flushing, Jamaica, Hempstead, and Oyster Bay. Jamaica was the county seat.

Maryanne said…
This was so fun! Sounds like a xtra special day for you. And clear back to 1600’s!! Very interesting history on NY and surroundings. I loved it! Looking forward to reading more when time permits♥️
Sunday, March 4, 2018 at 4:10:00 PM MST