16 miles SW. The palace was a day's coach ride from the {capital;} Louis XIV moved from Paris for safety reasons. While living in the Louvre as a young boy, an uprising frightened him as an attempt was made to storm the palace. 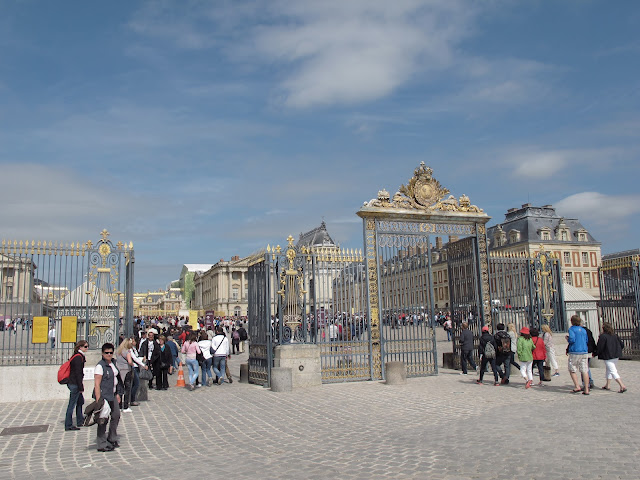 my brother Nathan took most of these beautiful photos 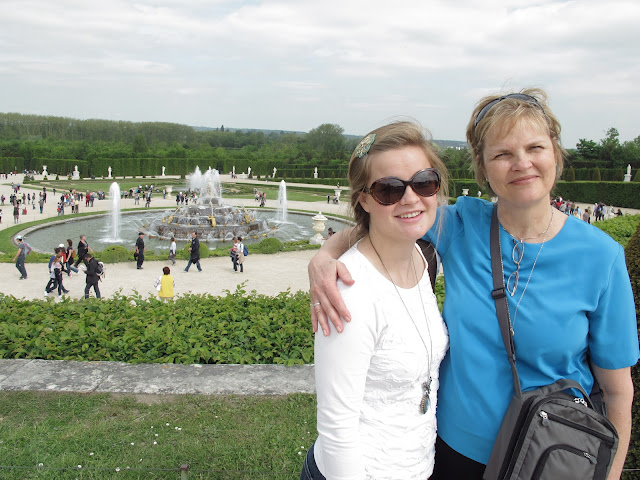 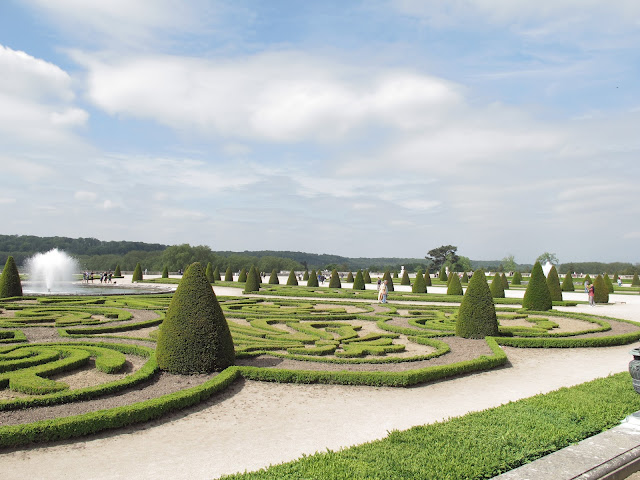 $2 billion. This massive cost does not include the cost of human lives, which was great. A substantial portion of the total cost was for {renovations;} each monarch changed the interior layout to suit his whim. 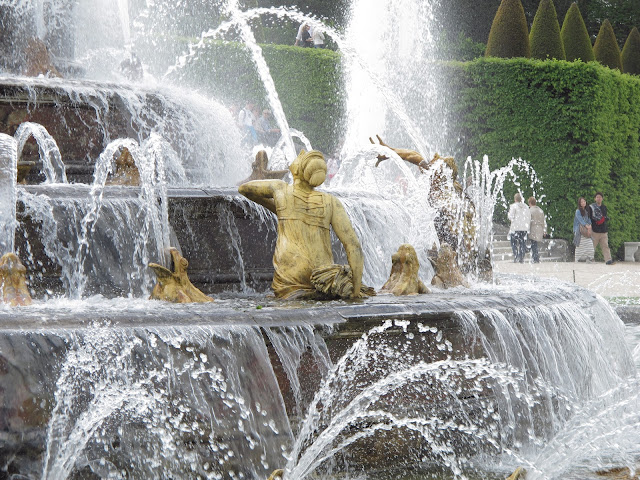 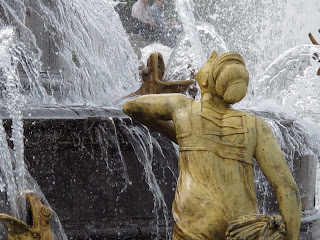 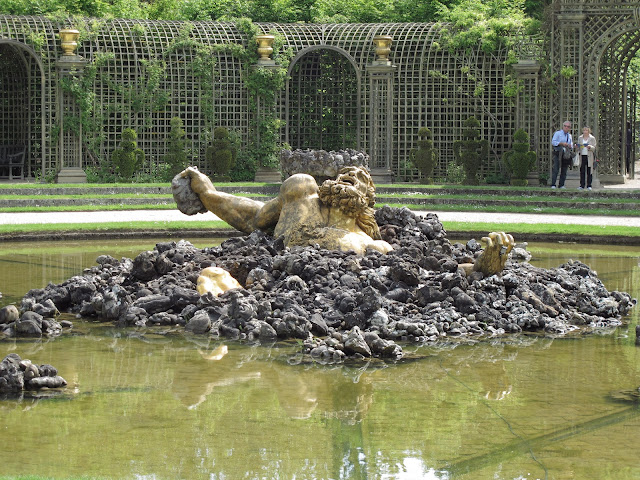 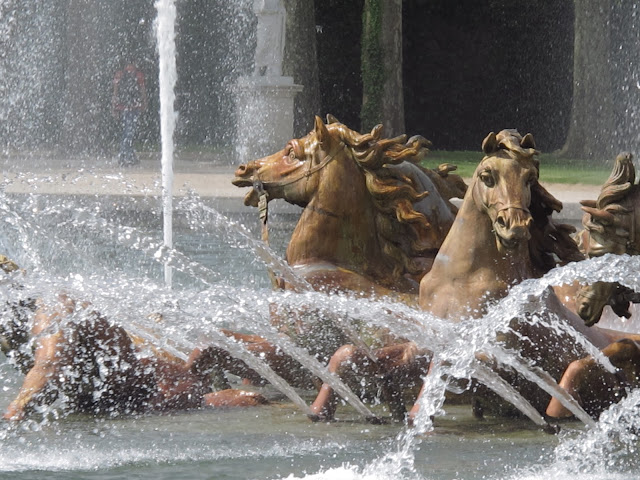 the royal stables. The stables for the 2,000 horses the King kept on site contained fireplaces and appeared to be a portion of the main palace. 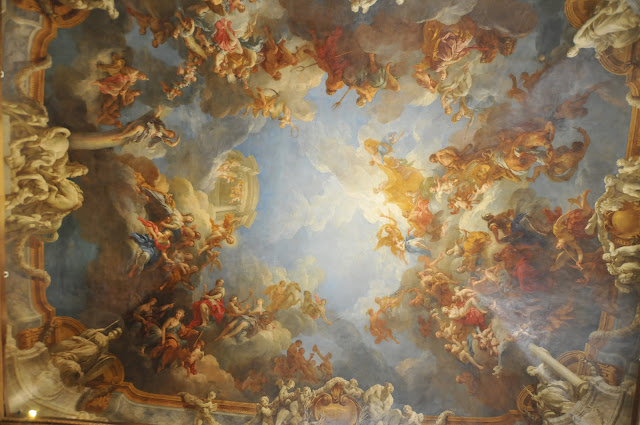 the ceilings in every single room were magnificent 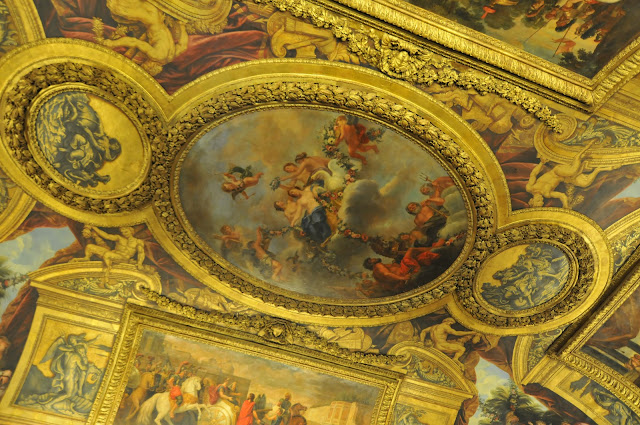 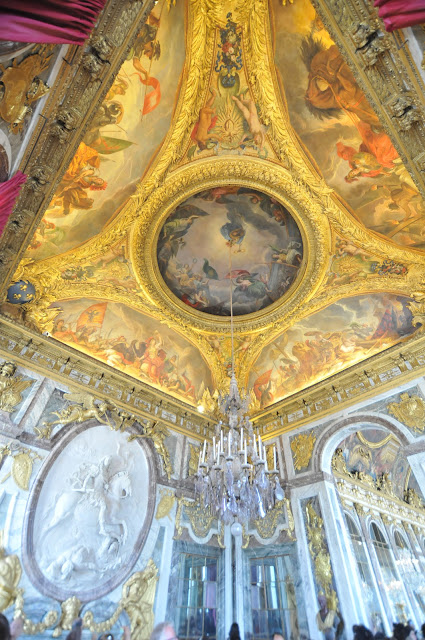 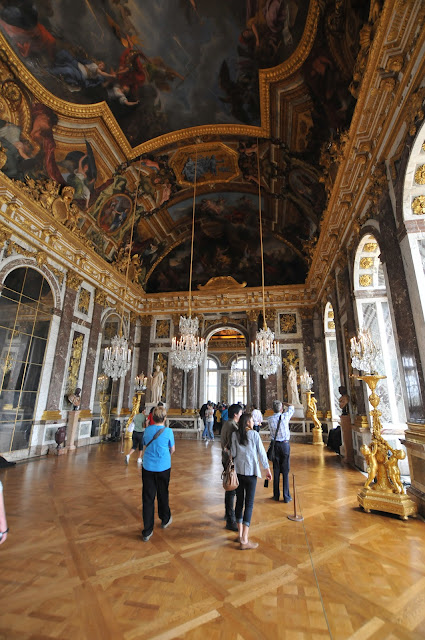 that's me in the blue shirt...my neck is starting to ache
i would love to see this palace on a gurney
i could not stop looking at the ceilings 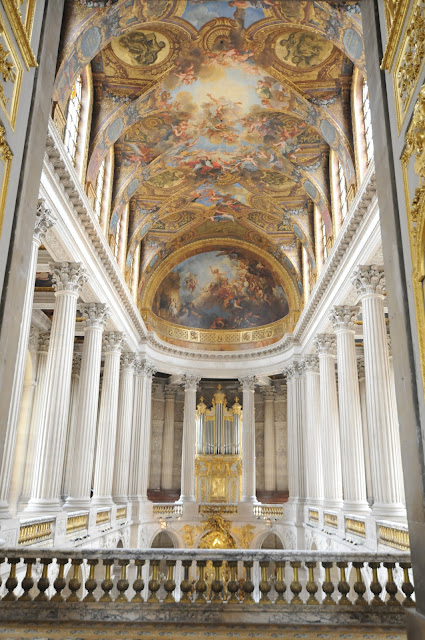 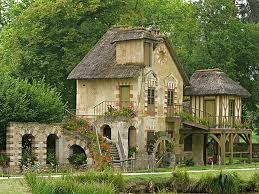 le Hameau. This series of farm buildings were constructed with complete realism, down to cracks in the walls to simulate age. Cows were washed and groomed prior to the Queen's arrrival, and lambs were taken for walks with silk ribbons as leashes. 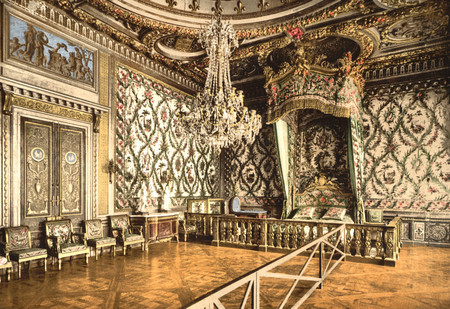 give birth in public. All of these functions were performed in the queen's bedchamber, but the one requiring the most room was when the queen gave birth in public. During the birth of Louis XVI and Marie Antoinette's first child, the doctor panicked when 200 courtiers pushed into the room. 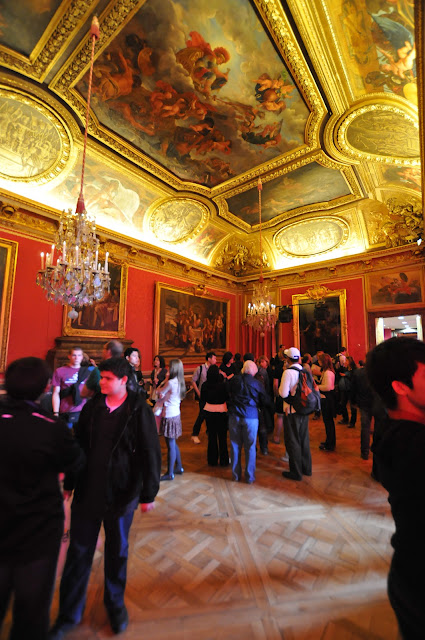 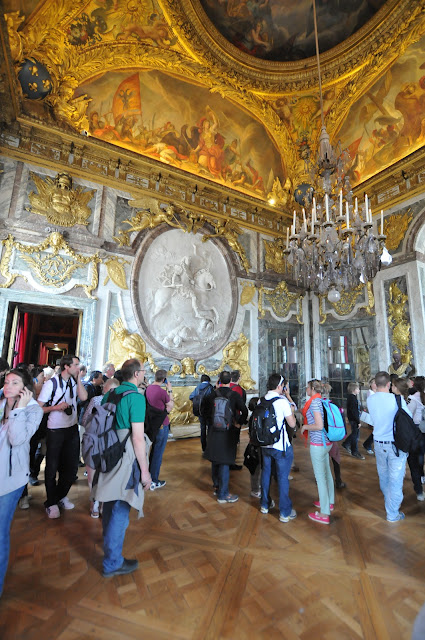 Jules Hardoin-Mansart. The palace, and particularly the royal stables, are considered to be Mansart's masterpiece. 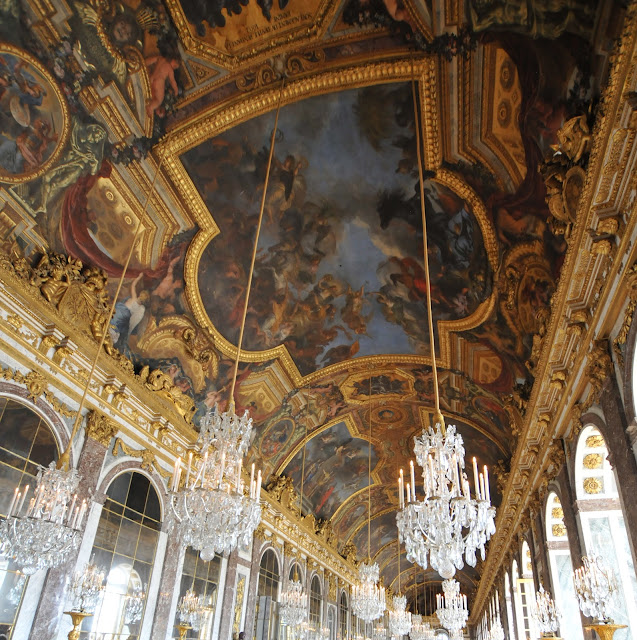 the signing of the treaty to end WWI. The Treaty of Versailles, ending World War I, was signed in the Hall of Mirrors. 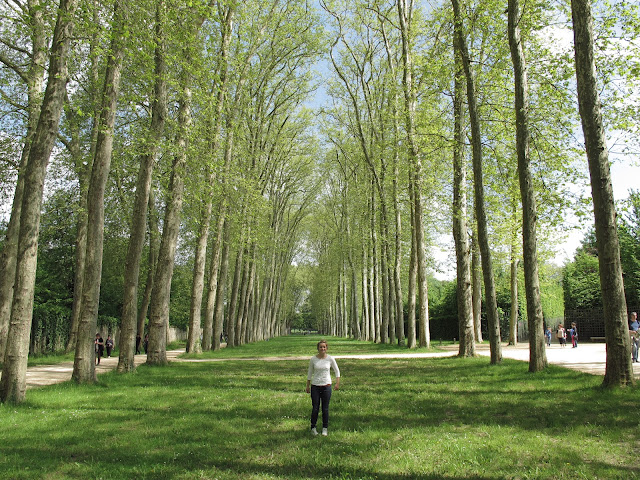 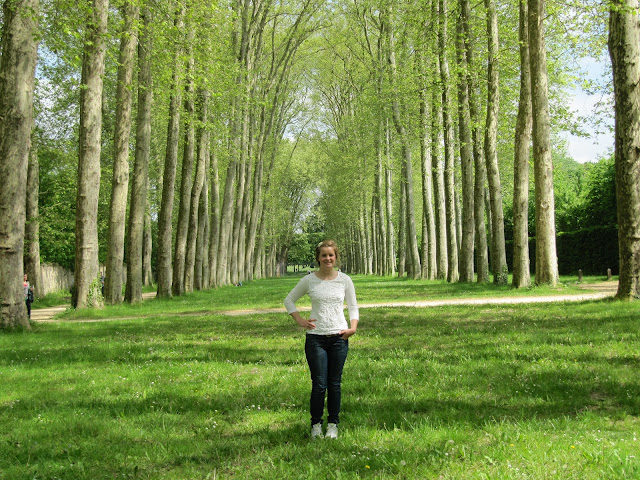 Who is this lovely jeune fille?