Invalades with Nate and Liz 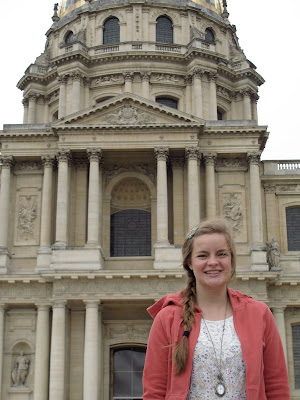 To accommodate Napoleon's Tomb, the architect Visconti had to redesign the church's high altar in 1842. First buried on St. Helena, Napoleon's remains were exhumed and brought to Paris in 1840 on the orders of Louis-Philippe, who demanded that the English return the emperor to French soil. The remains were locked inside six coffins in this tomb made of red Finnish porphyry, with a green granite base. 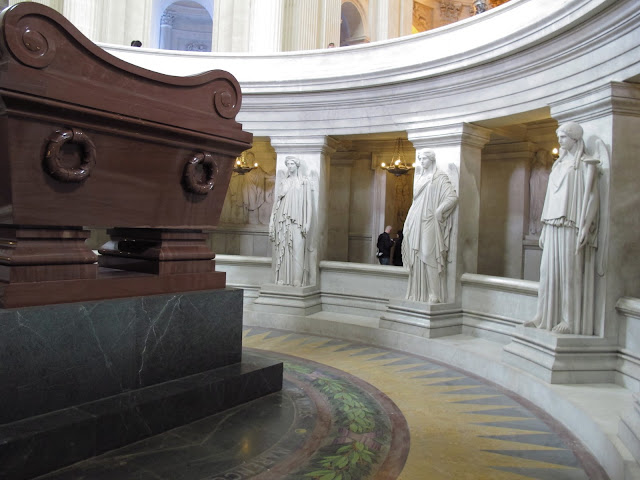 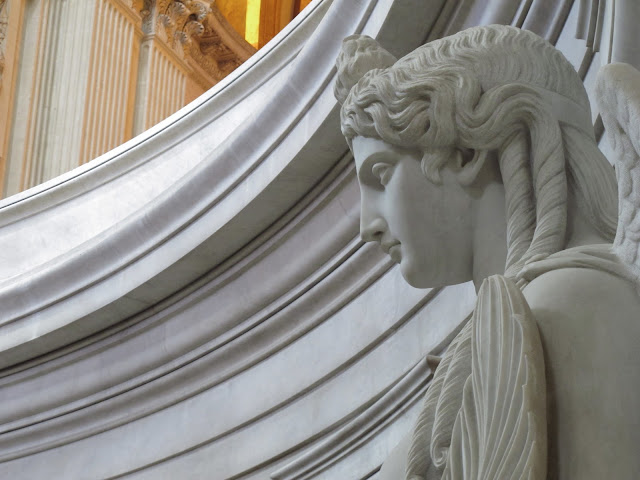 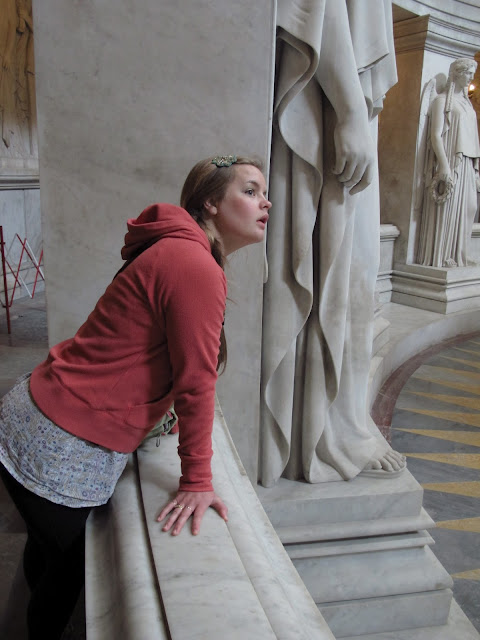 Surrounding Napoleon's porphyry sarcophagus under the dome of the Chapel at Les Invalides are first a ring of 12 statues of angels, called the "Winged Victories". They symbolize Emperor Napoleon's victorious military campaigns - of which there were 40 or so battles. Inscribed in the mosaic floor at the Victories' feet are the names of his eight greatest victories: Austerlitz, Marenco, Pyramides, Iena, Friedland, Wagram, Moscova, and Rivoli. The Winged Victories stand guard over Napoleon's remains with laurel wreaths in hand, a symbol of victory dating back to Roman times.