say that one more time

A long long time ago, there was a mama with many children. 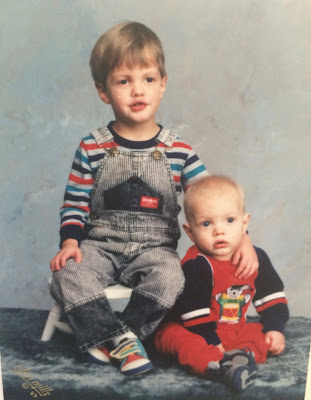 Her boys were fiesty and given to unruly behavior. Of course the mama found this most distressing.
One spring morning in 2004; the sixth child about to graduate from high school was being provoked by the seventh child. David said to Joe, "say that one more time...." and I can't quite remember the threat... but it was clear he would "clean his clock."

Sure enough, the gauntlet had been thrown and Joe (the younger) hopped over the stair railing and got into David's face. Well, this boy (Davey) demands respect from a younger sibling...earned or not.
The poor, dear mother could see that fists were about to fly (after all siblings #1 and #4 had traveled this same path in earlier days. So mother hops into the center of the action just as #6 is to deck #7.  Well, it doesn't take a whole lot of imagination to figure out what is going to happen. Mother lay as still as could be on the floor. Dad is sure to this day that she was knocked out. She still tries to convince him that she just was laying quiet, taking a rest and hoping to avert a full on fight.

At any rate, one side of her face was swollen and she wore a lop sided smile for a while....hmmm, come to think of it, maybe her lop sided mouth today is a result of that sorry morning.

David was contrite, embarrassed and I doubt he has thrown a punch at Joseph since that day. I'll have to check. Joseph probably deserved every bit of it... he could really be a pain.

And the mama, well, she went to church and a family function ... "what happened to you?"  She was quick to respond with a glint in her eye, "I tried to break up a fight." 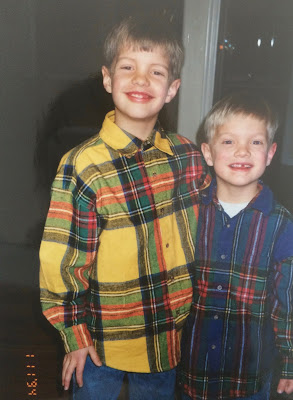 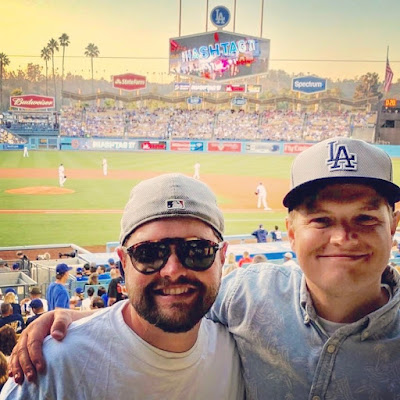 the end.   having just published this--  "And #8 watched it all happen from the top of the stairs terrified for everyone's safety."
Email Post